Barcelona drew 1-1 with Eibar in the match that Messi was not due to injury and was 7 points behind the leader Atletico Madrid, who lost 2 games.

In the 16th week of La Liga, Barcelona drew 1-1 with Eibar in the game it played on the field.

In Barcelona, ​​Lionel Messi, Gerard Pique, Sergi Roberto and Ansu Fati were not included in the squad due to injuries and Jordi Alba due to card suspension.

The first half of the match ended in a goalless draw, while visiting team Eibar took the lead 1-0 with Enrique Garcia in the 57th minute.

Barcelona, ​​which brought equality to the score with the goal of Ousmane Dembele, who entered the squad after a 4-week injury, left the field with 1 point, unable to evaluate the positions it caught in the following minutes.

Having received the 4th draw in the league, Barcelona fell to 6th place with 25 points. Barcelona, ​​which is two games more than the leader Atletico Madrid, is still 7 points behind. Eibar is in the 14th place with 16 points.

On the other hand, Messi, who had a mild injury in the right ankle in Barcelona, ​​extended his holiday due to the Christmas holiday with the approval of coach Ronald Koeman and was not included in the squad of the Eibar match. 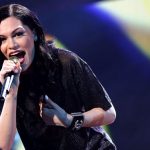 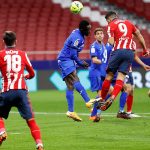