Democratic presidential candidate Joe Biden appears before his Republican candidate Donald Trump in critical states, albeit by a smaller margin.

Democrat Joe Biden is 7.2 points ahead of his Republican opponent Donald Trump, according to polls two days before the 59th presidential election in the USA.

According to the political analysis site “Real Clear Politics”, which compiles almost all the polls conducted across the country, Biden maintains his advantage over Trump in recent polls. In recent polls in critical states, Biden appears to be ahead of Trump, albeit by a few points. According to polls, Biden is one of the two candidates competing in Florida, one of the most critical states of the elections. While it is 0.7 points ahead of its rival, it surpasses Trump by 4 points in Pennsylvania.

Biden seems to outperform Trump with 6.2 points in Michigan, 6 in Wisconsin, 0.3 in North Carolina and 1.1 in Arizona. However, in surveys in all 6 critical states, it is noteworthy that Trump has noticeably reduced the difference with Biden compared to a few weeks ago.

More than 150 million votes are expect in the US elections this year. 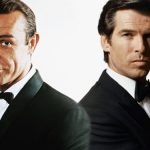 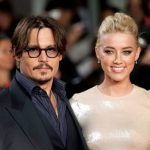