In the last 24 hours, 1725 people died in the UK due to Covid-19. Prime Minister Johnson announced that British citizens coming from countries with travel bans will be quarantined to prevent the entry of new types of the virus into the country.

According to the data published by the British Ministry of Health, 25 thousand 308 new types of coronavirus (Covid-19) cases were detected in the country in the last 24 hours, the number of cases increased to 3 million 715 thousand 54.

With the death of 1725 people in the last 24 hours, the number of casualties increased to 101 thousand 887. Britain continues to be the country with the most casualties in Europe due to Covid-19.

The number of those who had the first dose of the Covid-19 vaccine reached 7 million 164 thousand 387, 474 thousand 156 of them were administered the second dose of vaccine.

Due to Covid-19, 37 thousand 605 people continue to be treated in hospitals in the country, 3 thousand 961 of these people are in intensive care.

While 596 thousand 845 tests were carried out in one day, the number of tests was 67 million 40 thousand 373, including duplicates.

British citizens from “risky countries” will be quarantined
In his speech in the House of Commons, British Prime Minister Boris Johnson said that they will publish a plan to ease the measures in the country where the national quarantine continues on 22 February.

Emphasizing that they are approaching the goal of administering the Covid-19 vaccine to all of the first 4 groups included in the priority list in vaccination, Johnson shared the information that the first dose of Covid-19 vaccine was administered to four-fifths of those over the age of 80, more than half of those aged 75-79, and three-fourths of nursing home employees.

Johnson announced that they took a series of measures to prevent the entry of new foreign species of Covid-19 into the country, and in this context, British citizens coming from countries in the “red list” with a travel ban will be quarantined in hotels for 10 days.

In his speech in the House of Commons, Interior Minister Priti Patel announced the decisions they made to prevent the entry of new species of Covid-19, which are spreading faster.

In this context, Patel stated that the number of police at airports and ports was increased, controls were tightened to ensure that incoming passengers were quarantined, and non-British citizens were prevented from entering the UK from the countries listed in the “red list”.

Noting that travel for the purpose of vacation is prohibited, Patel said that all travel abroad from the UK is prohibited and that those who want to leave the country are obliged to declare their reasons to customs officials.

British citizens coming from countries with a travel ban were also obliged to show the negative PCR test taken in the last 72 hours and to go into quarantine at home for 10 days. 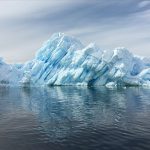 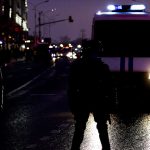