In the report, with the effect of the new type of coronavirus (Covid-19) pandemic of the global economy. Reminded that was facing a deep recession.

In the report, which emphasized that there is uncertainty regarding the economic outlook, economic recession, unemployment, climate change, technology and automation. With the rise of digital currencies, increasing inequality and debt, people from all over the world have been experiencing profound changes in their lives.

In the report, it was noted that governments have taken “bold” steps to support the economy against the effects of the epidemic, and that approximately $ 12 trillion of financial and 7.5 trillion dollars of monetary action have been implemented.

In the report, which also touches on the measures taken by the IMF against the crisis facing the world, it was informed that the IMF provided financial support of 165 billion dollars to 83 countries, including concessional financing of $ 16.1 billion to 49 low-income countries in the 2020 fiscal year.

It was also stated in the report that the economic surveillance of 129 countries was completed. 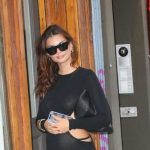 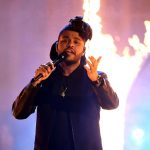